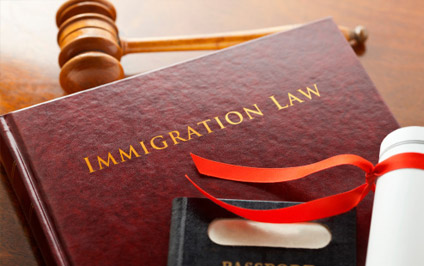 It is against the law for any citizen of another nation to enter the United States or remain here without being granted permission.

First illegal entry is a misdemeanor because Americans want our border patrol agents to be able to quickly deport Illegal immigrants without a jury trial.

The current penalty for illegally immigrating to the United States is deportation with a second offense being prosecuted as felony. Being caught as an illegal immigrant in the United States results in being banned from legal entry for 10 years.

There is no mechanism by law for illegal aliens already in the US to become legal because such provisions would encourage more illegal immigration and undermine existing laws and borders.

It is also illegal for anyone to knowingly aid, abet, or encourage any illegal immigrant to enter or remain in the US unlawfully. If this law were actually enforced, many politicians would be put in jail for this felony.

A person (including a group of persons, business, organization, or local government)

‘commits a federal felony when she or he’

— assists an alien s/he should reasonably know is illegally in the U.S. or who lacks employment authorization, by transporting, sheltering, or assisting him or her to obtain employment, or

American citizens were promised after the 1986 Amnesty under President Ronald Reagan, the Simpson-Mazzoli Act, that immigration laws designed to prevent illegal immigration would be enforced and that was a big lie!

Federal agencies check the I-9 forms and IRS forms that were a result of the new laws, and they detect illegal immigrants on a regular basis but take no action to stop illegal aliens from taking American jobs and taxpayer resources.

See our information about Obama and Illegal Immigration for more details about how America’s illegal immigration laws are being ignored.