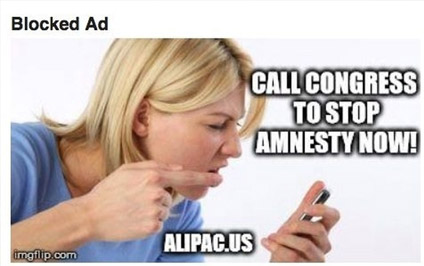 The Dream Act is Orwellian language used to try to sell a form of amnesty for illegal immigrants and illegal aliens. The word Dream is used as a reference to Martin Luther King’s “I have a dream” speech which in fact has no real relationship to the plight of illegal aliens.

The Dream Act is also a political lever designed to play on the sympathies of American citizens and lawmakers to get them to allow an amnesty for younger illegal aliens under 35 that claim they were brought into the United States as Children.

Closer inspection of the goals and statements of Dream Act legislation supporters shows that their real objective is Comprehensive Immigration Reform amnesty for all 20 million illegal immigrants in America including the hard core criminals and terrorists among them.

The Dream Act seeks to exploit natural concerns about children and parlay that into amnesty for millions of illegal immigrants.

The Dream Act has been defeated in Congress more than four times and Barack Obama has violated the US Constitution and numerous federal laws by trying to decree the Dream Act via his memo establishing DACA aka Deferred Action for Childhood Arrivals.

The American public overwhelmingly opposes the Dream Act Amnesty according to several polls.

Only 22% of voters support the Dream Act proposal introduced by Senator Dick Durbin (D-IL) and 59% of all voters oppose the Dream Act concept, [October 2007, Rasmussen Reports]