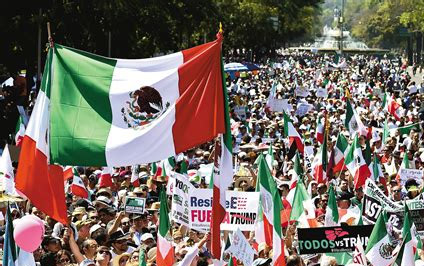 Illegal immigrants are people just like the rest of us. They have feelings, emotions, they love, they hate, they make mistakes like we all do.

About half of the illegal immigrants in America engaged in illegal immigration by paying the murderous drug importing cartels thousands of dollars to illegally bring them into the US over our borders under the cover of darkness. The small percentage of illegal immigrants caught by the US Border Patrol are placed back across the border and try again to enter the next night.

Legal immigrants that engage in legal immigration do not start off their time in America by violating our laws! Many Americans would be shocked at the true legal & illegal immigration Statistics for the United States according to the US Census Bureau’s American Community Survey (ACS)!

The other half of America’s illegal immigrants are visa overstays. These are people who promised America they would visit and then depart at a certain time but then remained in the US illegally. Most of these illegal immigrants are aware that America has no exit tracking system and if they stay illegally their chances are great they will never face any immigration law enforcement due to Barack Obama’s willful neglect of immigration and border laws.

Illegal immigrants can cause lots of problems when they take an American job, depreciate wages, steal welfare and other taxpayer resources, have anchor babies they then use to gain legal status, engage in broader criminal conduct, and protest in our streets demanding amnesty and voting rights!

While illegal immigrantsdeserve human rights that all Americans support, they do not have any American civil rights because they are illegal alien invaders with no legal standing to be or remain on American soil.

The current Illegal Immigration Laws of America do not allow for illegal immigrants to suddenly pursue amnesty or legal status. Current American laws indicate that illegal aliens are to be deported when detected and charged with a felony if they try to illegally immigrate to America a second time. That is why many big corporations and illegals are seeking legislative amnesty for illegal immigrants and those that employ them.